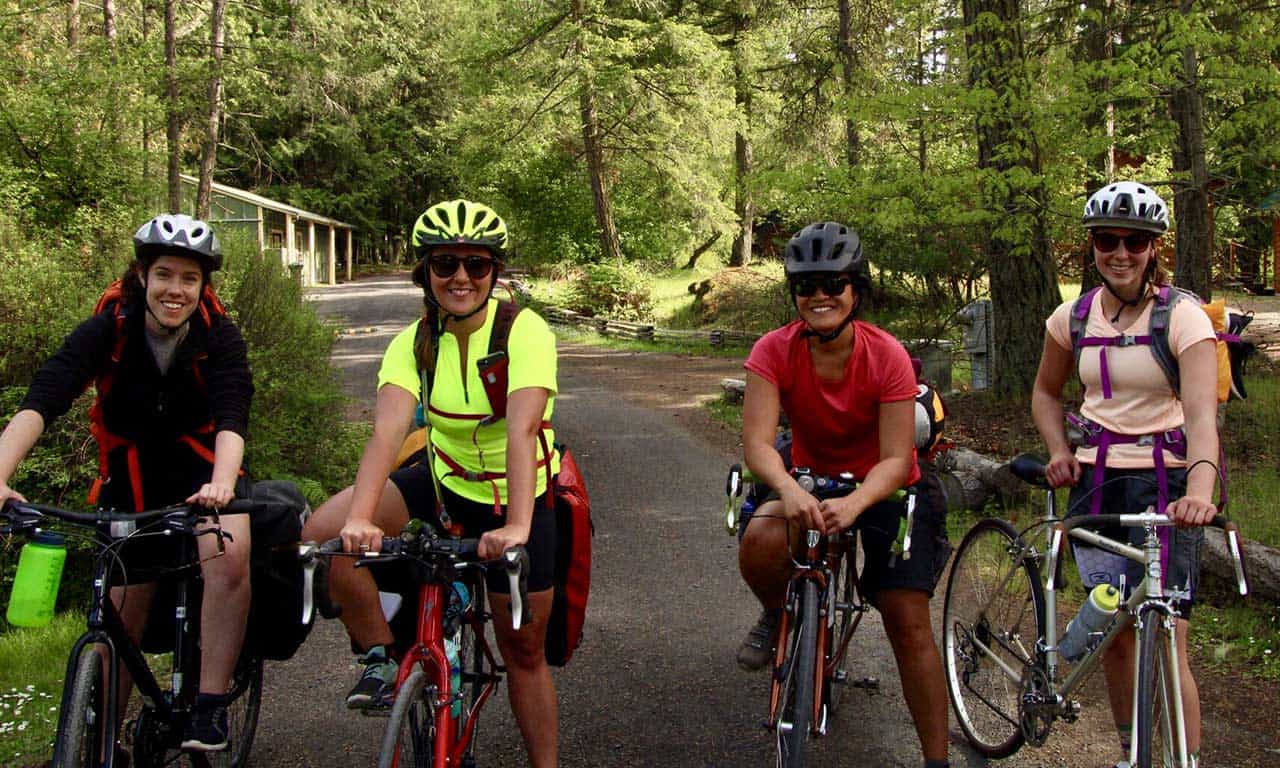 We’ve heard it all before: “Men Are from Mars, Women Are from Venus.” Clichés like that are hyper-generalized and meant to be more fun than accurate, but there are usually little nuggets of truth found in them.  So, while there are far more things that men and women share in common, there are still a few things, some obvious and some not-so-obvious, that differentiate us.  The first couple of months of every year is when the creative, day-dreaming side of my brain decides to wake itself up. Because we’re in the getaway business here at Lakedale, I thought it would be a fun exercise to see if there are any differences between how men and women approach the idea of getting away.  Honestly, what I came up with blew my mind, and now I have a very different way of processing how a break from my daily grind could feel.

In case the title wasn’t enough of a giveaway, I’m a guy.  Like a lot of guys, I’ve been doing the “boys getaway” thing for decades.  One weekend might be camping, hiking, and fishing in the mountains, and another weekend might be camping and dirt bikes in the desert.  Do all boy’s getaways involve some kind of camping, or is it just mine?  Anyway, whatever the planned activities are, the boy’s rules are simple: get outta town with male friends and/or family members. There’s usually a campfire or grill busy cooking up burgers, dogs, and steaks…you know, manly stuff.  Seems pretty standard, right? 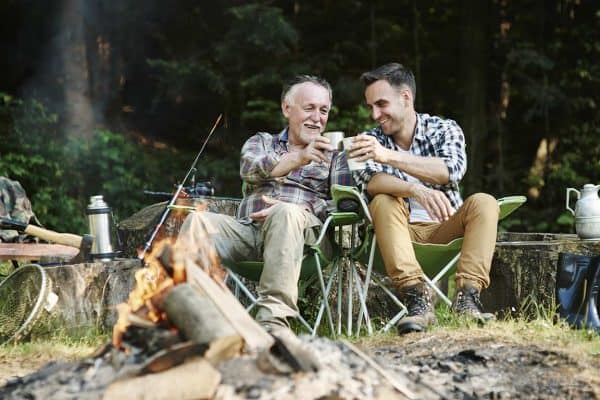 Well, here’s where I start to make my point.  Whatever activity the weekend is supposed to revolve around, it seems like nearly everyone on the trip feels obligated to go out and buy something new to break in and show off. “We’re going fishing”…Uncle Bob goes out to buy a new rod or tackle box. “We’re going to the desert,”…our neighbor, Scott, goes out to buy a new dirt bike. “We’re going up to play in the snow”…all of my gear works, but I’d better get a new pair of skis anyway.  Before you know it, we all end up running around like a bunch of peacocks with our feathers out, engaged in a weird, new gadget arms race. It’s not necessarily a bad thing to buy new stuff, but in a way, we’re turning the volume up and not unwinding as much.  I mean, we might not be fully aware that we’re doing this, but there we are, with our feathers out. 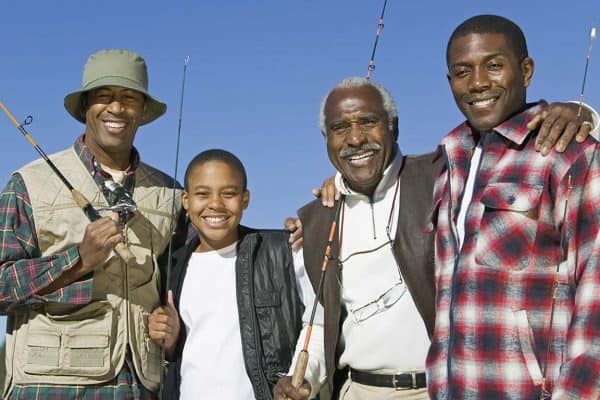 So, this started me thinking: while we’re not technically at work, we’re not decompressing, and we’re behaving like we always behave.  Essentially, it’s just guys doing guy stuff with a change of scenery.  Perhaps that’s my experience, but if it isn’t just me, show me where the actual “getaway” is in that?

So, what about the girls?  Well, due to my condition, as mentioned earlier, I’ve never been on a “girl’s getaway” before, so I decided to ask a few of the women in my life to describe their ideal, dude-free vacation to me.  As you would no doubt expect, I got seven different answers from seven different women, but there was at least one theme that they all had in common.  While the guys are busy fanning their feathers on their getaways, the girls drop their feathers and their built-up walls.  I want you to do a little breathing exercise with me, just to drive this point home.  Ready?  Take a deep breath in and hold it. That’s a guy’s getaway.  Now, exhale slowly. That’s a girl’s getaway.  Do you feel the difference? 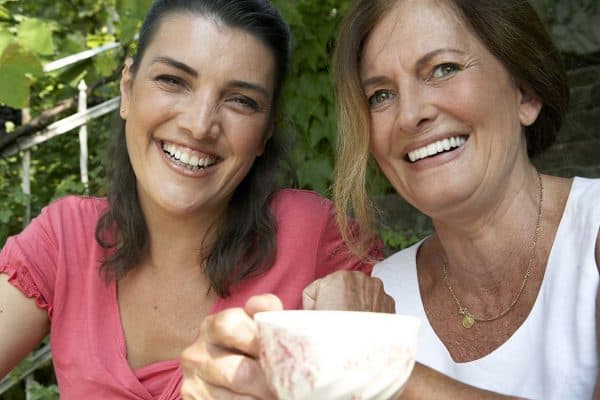 The sentiment I picked up from the women I spoke with was, utterly independent of the activity or setting, they want to relax and completely unwind.  Life and all of its responsibilities can be a real grind sometimes, you know?  Even positive events in life can be overwhelming, especially if they force you to make changes to your already meticulously planned-out schedule, right?  So, whether it’s roughing it in the woods, relaxing in a hot tub, watching “bad reality TV shows,” reading a book, or just sitting around talking with a glass of wine, the women I spoke with want to let their guard down and thoroughly enjoy the moment and their friends.  Aha!  This idea is starting to flesh itself out! 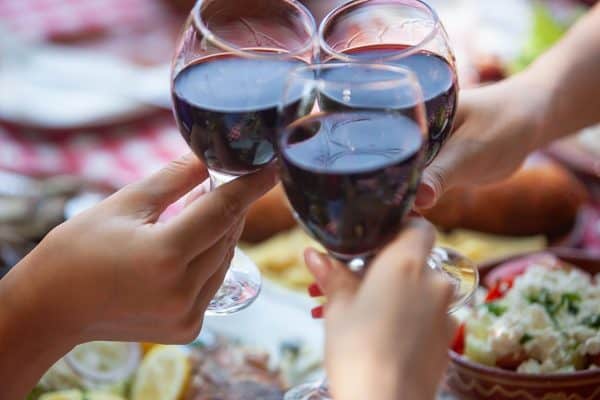 Ok, so I’ll be the first to admit that this exercise was hardly textbook-worthy, and my sample size was tiny, but I don’t think you need to be a rocket scientist to be able to spot the contrast, at least in my experience.  My conclusion is pretty simple: when it comes to getaways, the girls have it nailed, and we guys are rank amateurs.  Look, I love what I do for a living, and I consider myself very lucky in that regard.  But even I need to put it all down from time to time, recharge the batteries, and come back fresh.  So, for my next break, if my choice is between the guy’s and girl’s models that I just described, I want to go on a girl’s getaway!!

It might sound silly, but I just learned something, and I feel like I want to talk this up a bit with people I know.  Now, if only I could think of the perfect place to recommend for a truly relaxing three or four days where people can get away from everything and recharge the way they want, with the people they adore.  I guess I’ll just do what I always do when I don’t know something: I’ll ask Mary Ann! She just might recommend Lakedale. 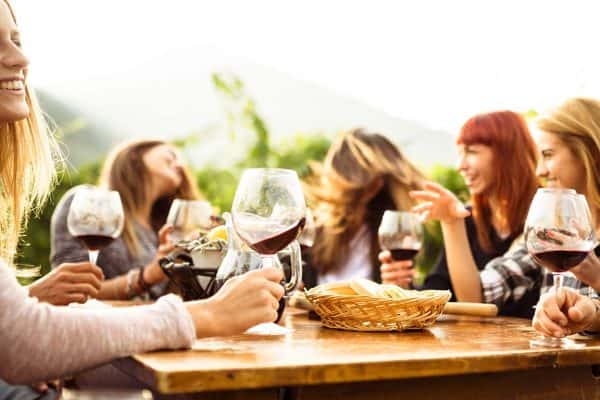