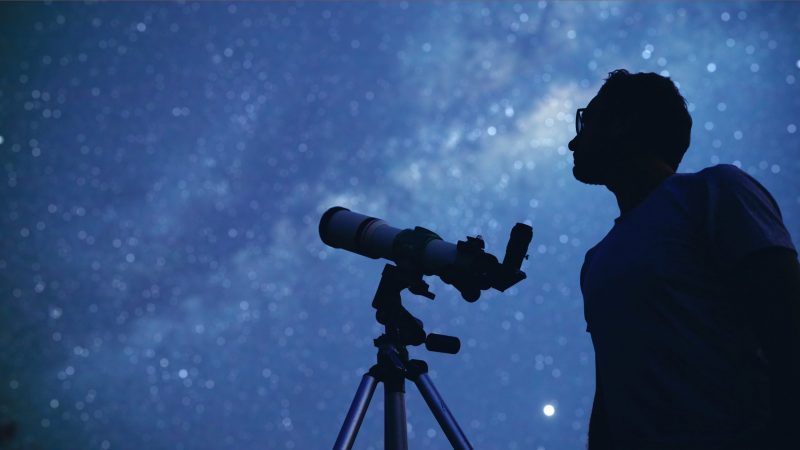 One of our favorite things we hear from guests is that they love to stargaze from Lakedale. Not only that, but we’ve also had people pop by the front desk or stop us when they see us around the property to say they got a front-row seat they weren’t expecting for a meteor shower during their stay! We appreciate hearing your stories so much that we decided to pull together a list of the meteor showers, lunar eclipses, and supermoons for the rest of 2022.

On top of that, as we were talking about stars and moons and meteor showers more, we thought it would be fun to provide charts and telescopes for your viewing pleasure if you happen to be staying with us during one of the next big shows! Nearly every room at Lakedale has some kind of deck or view area, so you can stay comfortable where you are or gather in the Meadow or around one of our three lakes, wherever you think the view will be best.

For the purposes of this piece, we focused on astrological events best seen in the Northern Hemisphere, e.g. at Lakedale. There are plenty of meteor showers all over the world, but we left out the ones most visible in the Southern Hemisphere since, well, we aren’t located there. We wanted to add that note for any star experts who may identify black holes in our roundup (the stargazing puns are as endless as our galaxies are, aren’t they?). Now, without much further ado, the stars of this show, as it were: 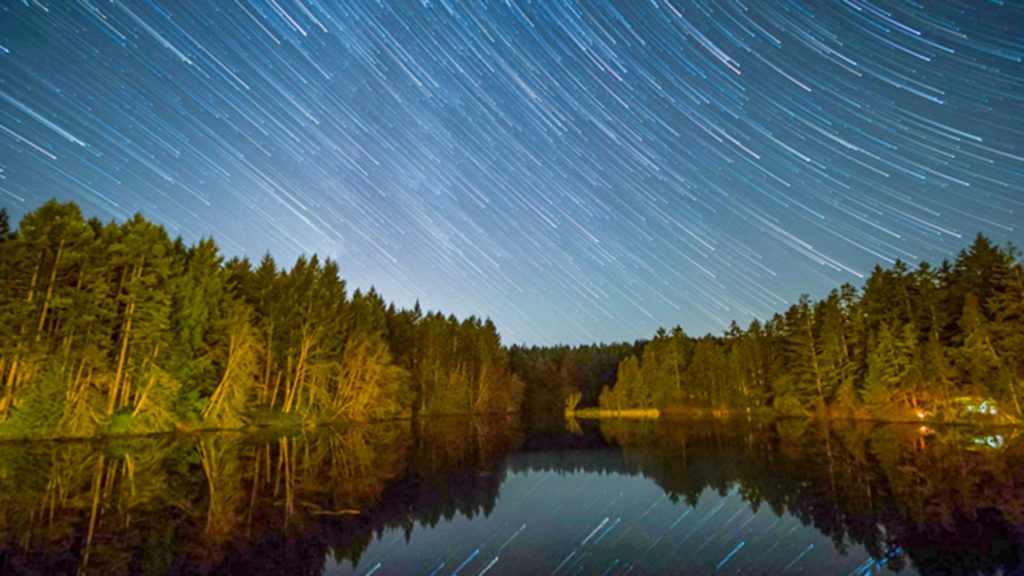 Typically, the Lyrids are—in expert terms—a “medium strength meteor shower.” But, we’re impressed with any meteor shower, especially because they’re so much brighter in the skies above Lakedale. This year, Lyrids will peak on a night when the moon is 67 percent full, making it slightly more difficult to see meteors against the moonlit sky. The entire Lyrid meteor shower is active from April 15 until April 29, 2022, and it is best seen at places like San Juan Island (e.g. in the Northern Hemisphere).

Mid-May brings with it the first of two total lunar eclipses of 2022. A second eclipse will occur later in the fall (more on that later). This eclipse will be a dark one with the northern tip of the Moon passing through the center of the Earth’s shadow. 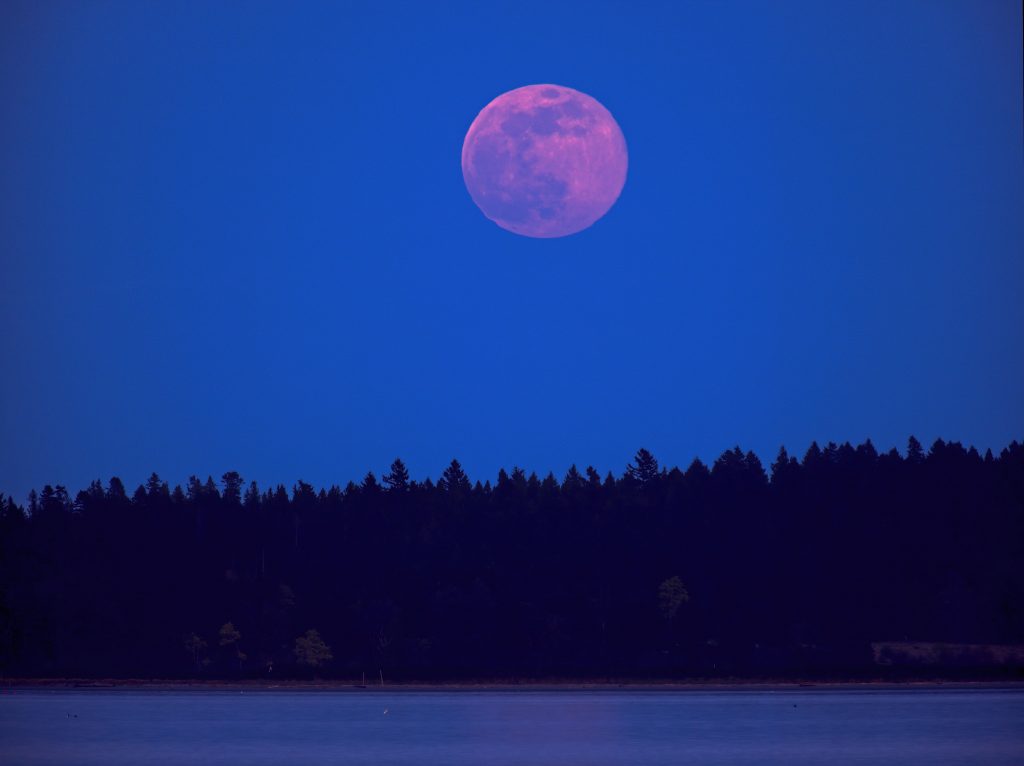 There will be two supermoons this summer: the strawberry moon—the most gorgeous pink-hued moon of the year—on June 14 and the buck moon—coined to recognize the antlers of male deer (bucks) are in full-growth mode—on July 13. A supermoon is a full moon within 90% of its closest approach to Earth. As far as we’re concerned, they’re can’t-miss events!

On these nights, when the moon is just five percent full, the Alpha Capricornids will peak. The entire meteor shower is active between July 7 and August 15, 2022. Even though it’s not a strong shower—expect only about five meteors per hour—the ones you will see are likely to be bright fireballs. 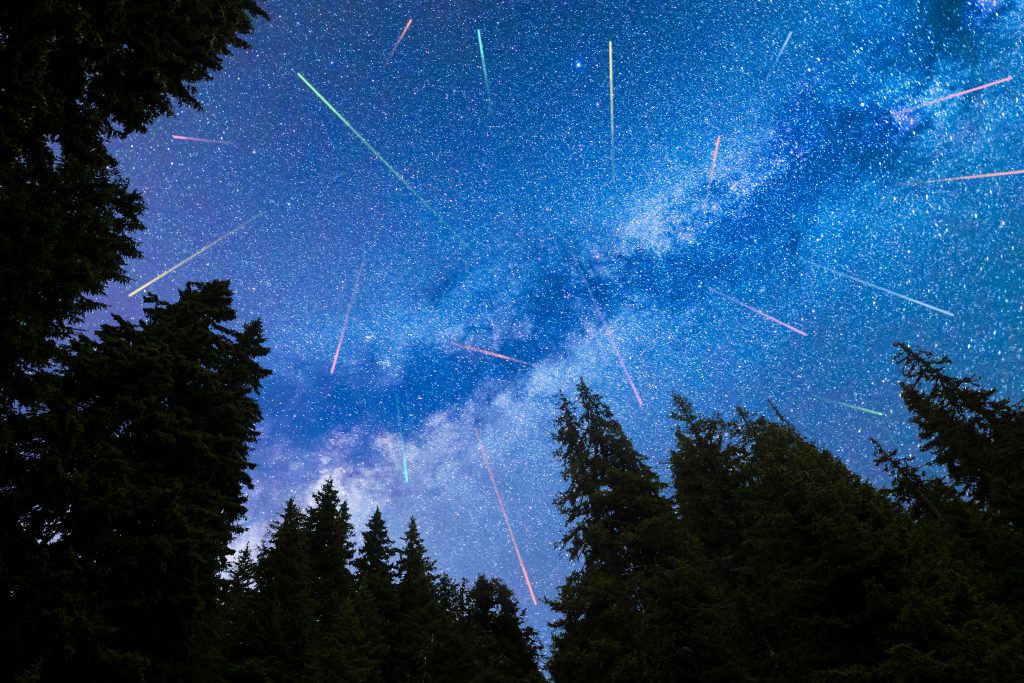 While the Perseids are not the strongest shower of the year (that title goes to the Geminids in December), they are the most popular because they fall on warm summer nights. Active between July 14 and September 1, 2022, the Perseids will perform their grand finale, or, as the kids say, “show out,” on the night of August 11, 2022. Unfortunately, the moon will be 100 percent full on this night, making it harder to see the shooting stars this year.

In exceptional years, the Orionids can produce up to 75 meteors per hour, however, that hasn’t been the case since 2009. In a normal year, as 2022 is predicted to be, expect between ten to twenty meteors per hour. The moon will be 21 percent full that night. The entire shower is active between September 26 and November 22, 2022.

This is the second Lunar Eclipse of 2022 and falls during our quiet season, which is a wonderful time to visit Lakedale. It may be a little colder, but you won’t have to contend with as many other stargazers as you do in the summer months.

While the Leonids can produce outbursts of activity in certain years, 2022 is expected to see about 15 meteors per hour during the shower’s peak on the night of November 17, into the predawn hours (between midnight and about an hour before morning twilight) of November 18. The moon will also be 36 percent full that night, giving you a better view of the show. Lasting from November 3 to December 2, 2022, the Leonids are known for particularly bright meteors.

The Geminids are the strongest meteor shower of the year. This year, the shower’s peak falls on the night of December 13, when the moon will be 72 percent full, making dark sky conditions hard to find. Around 50 meteors per hour are expected during the Geminids each year! The entire shower lasts from November 19 to December 24, 2022. 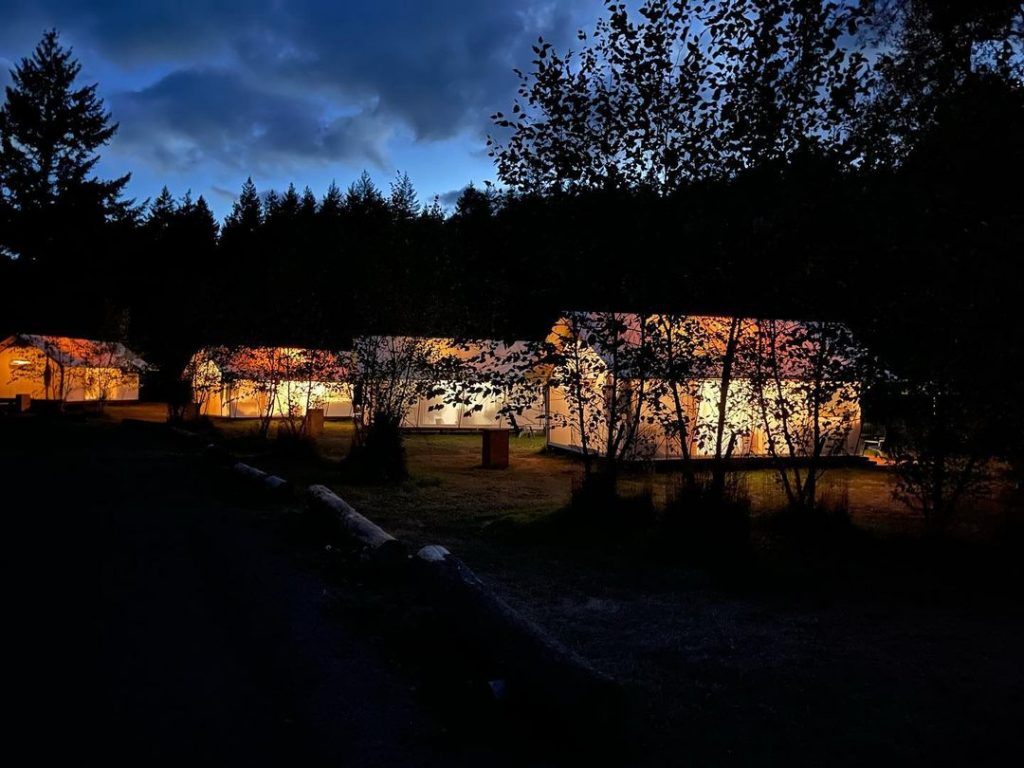 Tips for stargazing at Lakedale

Are you a stargazer?

We’re considering creating a special just for stargazers. We want to give you the best experience, so if you’re interested in staying at Lakedale during one of these events, let us know! You can email us or bookmark our Specials page to stay up on the latest.

Wineries, Breweries and Distilleries in the San Juan Islands
Why I Want to Go on a Girl's Getaway (and I'm a Guy!)
Ditch the Tent: How Cabin Rentals Help Kids Love the Outdoors
Do Orcas Come Out in the Rain? And Other Frequently Asked Questions