We live in an art lover’s paradise. It may be easy for you, dear reader, to think that statement is a deeply biased opinion, and you’re not wrong. However, it’s also supported by sites like America the Beautiful, which voted Friday Harbor as one of its “Top Ten American Art Towns.” Art is everywhere you look on San Juan Island—on the streets of Friday Harbor, in the galleries dotted along the pastures, and even on the side of the road (if you’ve taken yourself on a driving tour of the island, you’ve seen some pretty impressive sculptures at the end of resident driveways!).

There are also quite a few art installations at Lakedale! We try to complete a new sculpture project almost every year, with help from our friends Anthony Heinz-May, Janet Austin, and other artists. You can see photos of our most recent projects here and here. We also have art in the Lodge, right as you walk in. “Ally” is a wood owl sculpture by Pacific Northwest artist Peregrine O’Gormley that hangs above our Great Room fireplace. Wave to her next time you visit! 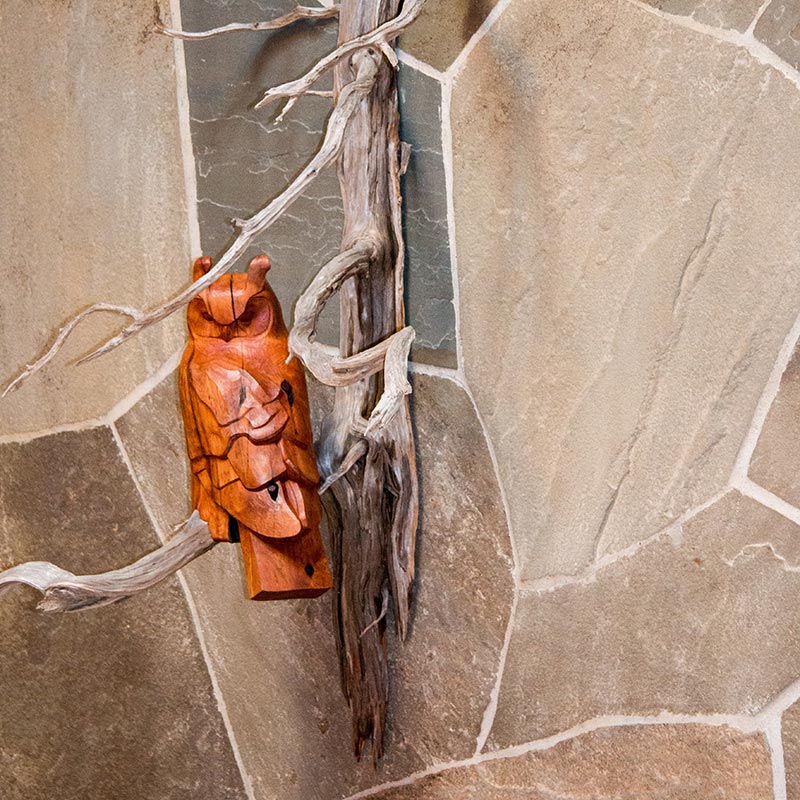 We also commissioned artist Penelope Krebs to create six realistic watercolor paintings of birds and waterfowl that hang over our front desk. We reproduced them as artwork for our Lodge rooms, too. Keep an eye out for them and don’t be afraid to get up close—that’s certainly more than you can do when you see them around the ground.

Speaking for ourselves mostly, but when life moves quickly, we don’t always take the time to slow down and mosey. Consider this your sign to stop and gaze, to ponder and consider, to appreciate the time and attention our artists take to create something beautiful.

The naturally slower pace of the island, along with its inherent beauty, makes it the perfect place to be an artist. Artists of all types live on the island: from painters to sculptors, to glass-blowers, to novelists and poets. In fact, local poet Gary Thompson recently released a new collection of poetry inspired by the islands. In this roundup, though, we’re concentrating on the visual arts on San Juan Island, which cast a wide net of their own. What a joy to live where we do—take it all in with us. You’ll be glad you did!

It’s easy to breeze right past some of the free, public art all around the island. There are more than twenty pieces of art just in downtown Friday Harbor! Here are a few of our favorites

Commissioned by the Port of Friday Harbor and the Michael Temcov Family Foundation in 2005, Popeye is a life-size resident harbor seal made out of marble. He is the mascot of the Port, easily recognizable by her white left eye, which is made out of mother-of-pearl.

Created in 1921, this monument was one of the first of its kind in Washington State. The Women’s Study Club of Friday Harbor fundraised for two years to support its installation. The monument honors the nine servicemen from San Juan County who died in World War 1. It’s located in Memorial Park on Spring and Front Streets.

Carved by renowned Vancouver, B.C.-based artist Susan Point, Interaction is made from red cedar house posts and accented with copper, bronze, and silver. A sculpture that celebrates the island’s Coast Salish heritage, it is located at the Port of Friday Harbor’s Fairweather Park.

One of the growing number of murals in Friday Harbor, Connected is fittingly painted on the side of the Whale Museum on Front Street. It depicts resident orcas Wave Walker (L-88), Alki (J-36), and Notch (J-47) chasing Chinook salmon as they follow forage fish through a forest of bull kelp. 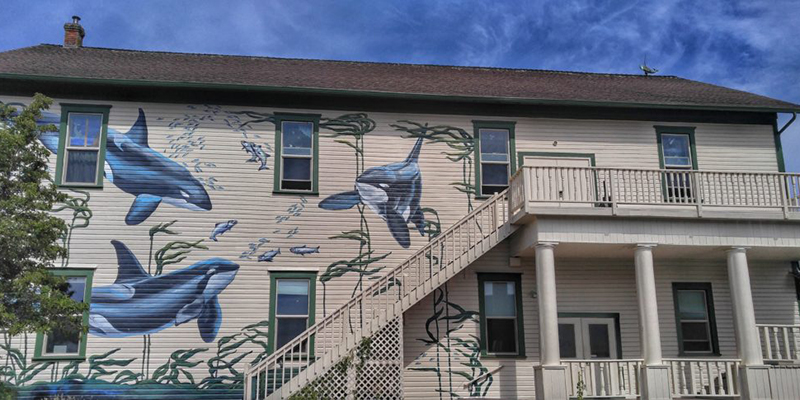 Compiled as part of the Port of Friday Harbor’s 50th-anniversary celebration in 2000, this tile mural at the end of the Spring Street Landing pier had the support of 350 school children and adults who helped put it together!

Witness the Beauty by Jake Wagoner

Spanning a wall in Sunken Park, above the ferry lanes between First, B, and Nichols Streets, Witness the Beauty put San Juan Island’s indigenous cedar waxwing bird at the center of this large mural. It was commissioned by the town of Friday Harbor in 2016 and was the first piece the of art the town acquired with the assistance and oversight of the Friday Harbor Arts Commission.

Painted on Friday Harbor Drug on Spring Street, this mural will make you feel a little bit like you’re walking into Inception. This unnamed mural from 1996 hangs to the left of the door of the store and depicts the interior of the original pharmacy as it appeared in 1927. Artist Lanny Little based the painting on an old photograph from Al Nash, Jr. that includes several of the original owners who opened the store in 1920.

Located behind Coldwell Banker San Juan Islands, Inc. at First Street and Sunshine Alley, this carving is believed to have been carved in the 1960s by Haida natives in British Columbia. In 2017, the logo for San Juan Properties Inc.—the real estate sales and development company founded by Barbara and Sam Buck, Sr. in 1960—was restored and returned to its original location on the real estate office now owned by their son Steve Buck. The bucks discovered this carving and purchased it for use as their business logo. It was moved to storage in 1984 when the Buck family purchased the local Coldwell Banker franchise and was rehung in the mid-aughts to honor the Bucks and enhance the appearance of Sunshine Alley.

Located on Second and West Streets, respectively, these two sculptures were acquired in 2019 for the Town of Friday Harbor’s art collection to represent a celebration of island wildlife. Previously, they lived in the San Juan Islands Sculpture Park by Roche Harbor Resort. There is so much more art around town than we could fit in this list—and more installed every year, along with temporary installations. Full a longer list, check out fridayharbor.org’s catalog and plan a day of scouting!

When you think of art towns, galleries are probably the lowest hanging fruit as far as what’s immediately conjured in your mind’s eye. We just walked you through a large handful of public art installations. Here are some of the galleries around town: 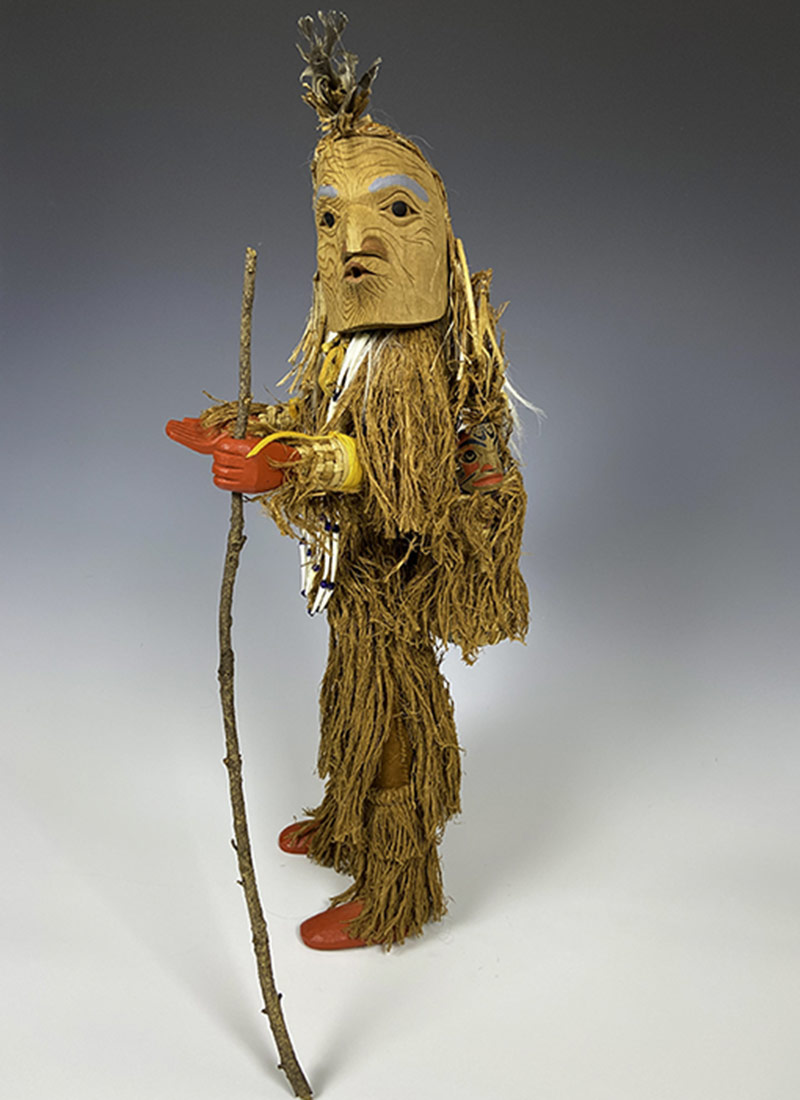 If you’re interested in meeting a bunch of artists at once and experiencing their work, head to Friday Harbor Artelier. The space supports an independent group of artists working in a common studio space in downtown Friday Harbor. The studio spaces are open to showcase art, and they also host classes, workshops, and exhibitions.

Located in Friday Harbor since 1985, WaterWorks features a variety of artistic mediums—from jewelry to sculpture. With both classic and contemporary art on display, WaterWorks offers pieces for both strolling shoppers and serious collectors.

Yvonne Bujis-Mancuso has been working from her studio on San Juan Island for over twenty years. She still works with glass and has recently added encaustic painting (a 3,000-year-old technique of combining color pigment in beeswax and using it as a painting vehicle) to her preferred mediums.

Rookscroft & Company is a fantastical gallery featuring the characters and world of Jayne Siroshton, many of which are animals. Visiting it feels like stepping right into the middle of a fairy tale!

Other Art Spots, Studios, and Museums on San Juan Island

You heard us when we mentioned art abounds on San Juan Island, right? Beyond galleries and public installations, there are lots of studios—some open for visits—as well as parks and museums filled with art that you can peruse for a small fee. As always, this list is not exhaustive, but it could easily consume multiple days!

Lakedale is perfectly situated between Friday and Roche Harbor, which makes it the perfect headquarters for art adventures in both directions. Just a short ten minutes from Lakedale, by Roche Harbor Resort, is the San Juan Islands Sculpture Park, which features more than 150 sculptures set on 20 acres. It’s not free, but a small donation will give you access to wide swaths of gorgeous pieces from all over the world. 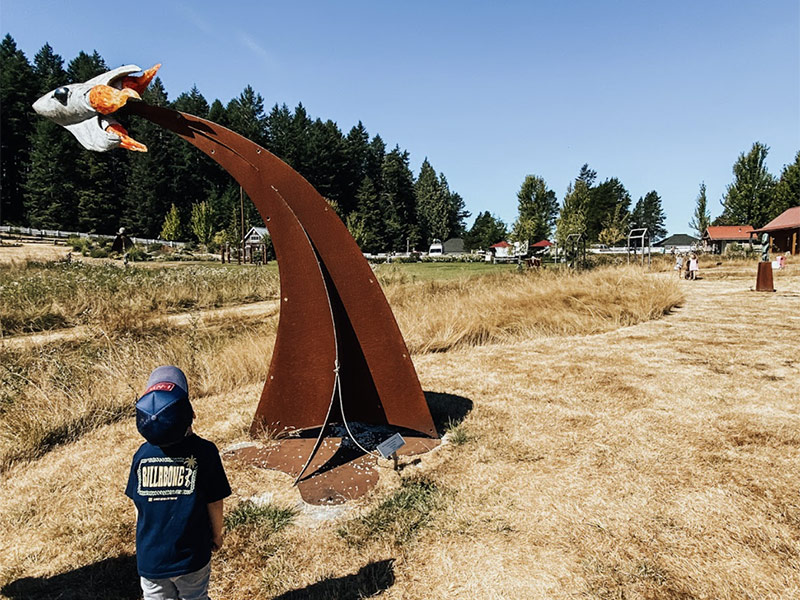 If pottery is more your style, visit Paula West’s home studio where she creates wheel-thrown and hand-built vessels for your table and your life. See a working studio and browse the showroom! 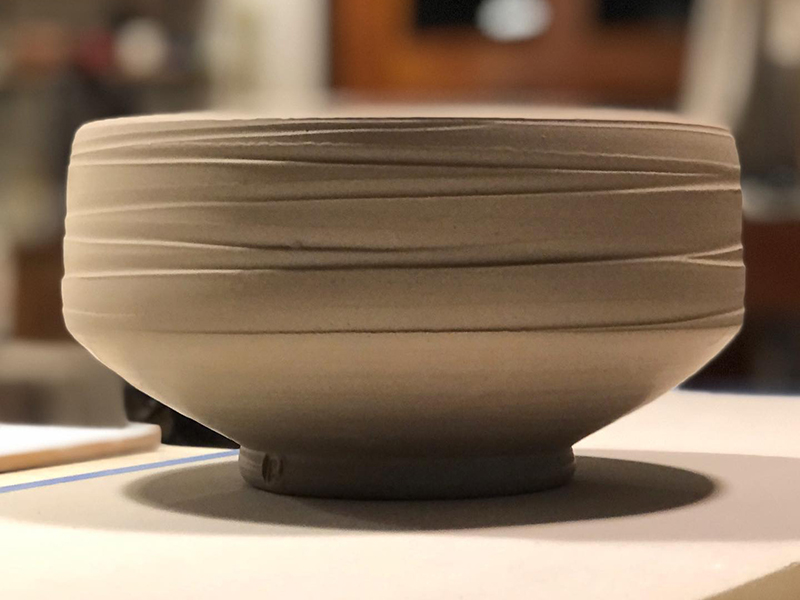 Interested in mixed media? Wander over to Kaleidoscope Artistry, where you’ll get to peer through the most impressive kaleidoscopes you’ve probably ever seen: their exteriors have evolved through various combinations of wood, glass, metals, ceramics, and acrylic lacquers.  Equally dynamic, the kaleidoscope interiors have evolved from stained glass wheels, to chambers showcasing objects as diverse as tumbling dried flowers, exotic, imported beads, exquisitely detailed flame-worked glass, and brilliantly colored hand-coiled wires.

Island Studios is a fine arts and crafts gallery that opened in 1996 with the express purpose of representing artists and craftspersons who live in the islands.

SJIMA offers rotating exhibitions through three galleries, with approximately 8-10 exhibitions per year, as well as a lecture series titled Art as a Voice. It provides ongoing financial support for art education in the San Juan Island School District, helping young San Juan Islanders grow up with a love of art.

Are you feeling as inspired to explore the art on San Juan Island as we are? There’s so much to see, and it’s beautifully ever-evolving. If you ever have any questions and want our recommendations, please don’t hesitate to call us or pop by the front desk next time you visit!